Nice and Around Nice

The pros and cons of the Magnan area

The Magnan area covers West of Boulevard Gambetta and the Hotel Negresco to the end of the Promenade. The two major roads are the very famous Promenade des Anglais and Rue de France which runs parallel behind it. Further west, Rue de France changes to Avenue de la Californie. 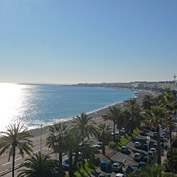 This is the area where you find sprawling hotels lining the Promenade des Anglais ready to host the business commuters. The main reason holiday makers choose to stay in this area is the proximity to the beach and Promenade. You should also find the size of the rental apartments quite large, balconies and terraces plentiful and if on the Promenade youre likely to get impregnable views of the Bay of Angels.

The Magnan area is also popular with mature students who have enrolled with the highly acclaimed EDHEC business school to be found at 393 Promenade des Anglais. The school offers several international programs. If you are interested in booking a rental apartment for longer term whilst studying here, please email us. 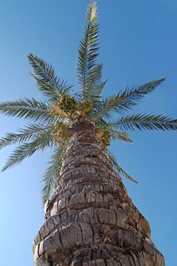 Promenade holiday apartments cannot usually be beaten for the panoramic views offered, especially the higher the floor. The buildings generally reek of old grandeur and an era gone by. Unashamed Art Deco adorns most common parts of the buildings and many of the apartments inside. This can give an older feel to a lot of Promenade apartments. Youll find a bigger concentration of coloured bathroom suites here more than anywhere else. Somehow, they get away with it. If you love period properties, the Promenade is for you.

Cheaper private beach clubs can be found at this end of the Promenade and the beach is usually less busy than further near to town. There are some large supermarkets on Rue de France and Avenue de la Californie as well as bakeries, snack bars and shops along Rue de France. Sadly, the area probably has the poorest selection of great restaurants. Wed advise a fifteen minute stroll down the Promenade to the Carre dOr area to find better choices. It will be a 30  40 minute stroll down the Promenade before you reach the Cours Saleya and Old Town.

For a lazy afternoon, if youve had your fill of the sun, stroll nearer to the airport and watch sporting seniors play boules against the backdrop of the Mediterranean. Its a serious game, though usually played like gentlemen with tape measures and lots of squinting to see exactly who is closest to the cochonnet.